Mindee Arnett is the author of the sci-fi thriller series Avalon as well the Arkwell Academy series. Mindee has a Master of Arts in English Lit with an emphasis in Creative Writing from Wright State University, and currently resides on a horse farm near Dayton, Ohio, with her family and assorted animals. When not telling tales of magic, the supernatural, or outer space, she can be found on a horse, trying to jump anything that will stand still.

A literacy advocate, Mindee is available for school and library visits, both in person and online, as well as writing workshops for both teens and adults. Presentations include The Writing Life, Old Myths in Modern Stories, and several Writing Workshops. Audience: Teen or Adult. Please see this flier for more about Mindee Arnett’s speaking. 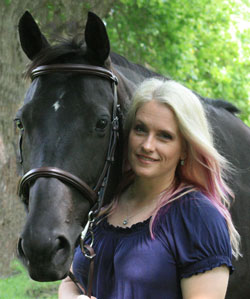 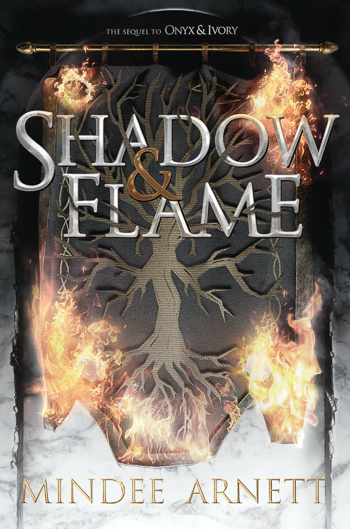 They call her the Wilder Queen. It’s a title given to Kate Brighton for her role in the war between the wilder rebellion and the Rimish empire. It’s a title that was hard earned: Kate may have saved her people, but many were lost in the conflict, immortalized in the tattoos of fire that grace her arms.

And it’s a title that Kate never wanted. The rebellion may have made a home for themselves in a country that wants to cast them out, but the peace will never be safe while Edwin, the illegitimate king of Rime, sits upon its throne. And for that, the Wilder Queen must keep hers.

Now war is brewing once again. Kate and her allies receive word of a threat to their ambassador in the Rimish capital; meanwhile, across the channel in Seva, an army is being assembled to conquer Rime—and a prisoner slave named Clash may hold the key to ending the conflict once and for all.

As enemies close in on Kate and Clash from all sides, they must choose where their loyalties lie—with their people, with their loved ones, or with themselves.

The epic story that began with Onyx & Ivory comes to a stunning conclusion as acclaimed author Mindee Arnett throws readers into a beautiful, terrifying world poised on a razor’s edge in its struggle for survival. (Ages 12+) 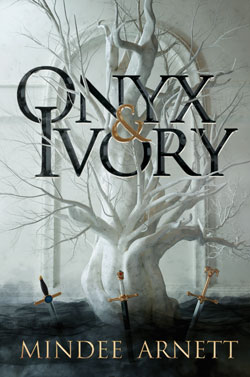 ONYX & IVORY (2018): Welcome to Rime, the world of Onyx and Ivory, where dragons rule the night and magic rules the day. Once childhood friends and first lovers before betrayals broke them apart, Kate Brighton, daughter of a traitor, and Corwin Tormaine, the rebel prince, now must work together and face their pasts in order to uncover a sinister new threat to the kingdom. (Ages 12+)