Louise Borden is the author of over thirty books for young readers. A lifelong reader and former bookstore owner, Louise has spoken at hundreds of schools across the country as well as at national and regional conferences.

Louise has been interviewed by the NYT, USA TODAY, The Writer Magazine, the BBC, and various NPR programs. Louise and her husband Peter have three grown children, and four grandchildren. Louise lives in Cincinnati.

Louise Borden speaks about her life as a writer and the writing process, using slides and visual materials, and has students participate in the presentations. Audience: Youth. Please visit this link for more about Louise Borden’s speaking. 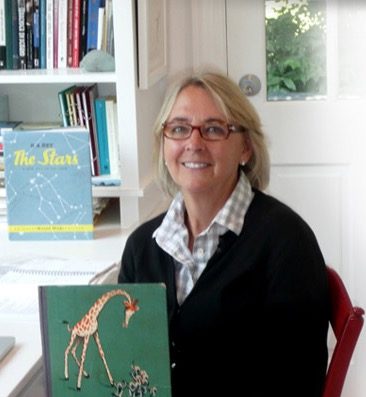 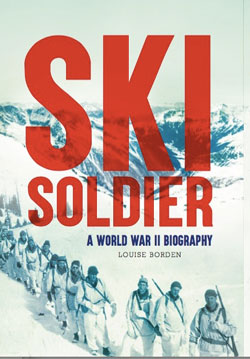 Ever since he first strapped on his mother’s wooden skis when he was seven, Pete Seibert always loved to ski. At eighteen, Seibert enlisted in the U.S. Army and joined the 10th Mountain Division, soldiers who fought on skis.

In the mountains of Italy, Seibert encountered the mental and physical horrors of war. When he was severely wounded and sent home to recover, Seibert worried that he might never ski again. But with perseverance and the help of other 10th Mountain ski soldiers, he took to the slopes and fulfilled his boyhood dream—founding a ski resort in Vail, Colorado. The immediacy of Louise Borden’s vivid text puts readers on the front lines with Seibert and his platoon. This dramatic recounting of a World War II experience includes archival photos, as well as commentary on the legacy of the 10th Mountain Division, and a detailed list of sources. (Ages 10+) 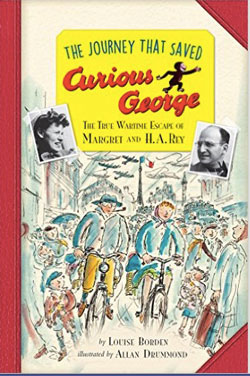 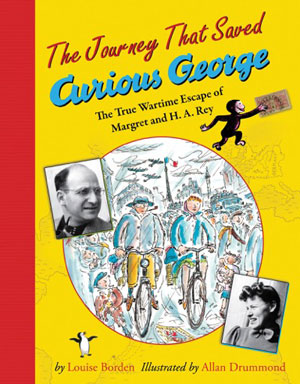 THE JOURNEY THAT SAVED CURIOUS GEORGE: THE TRUE WARTIME ESCAPE OF MARGRET AND H.A. REY (2010): In 1940, Hans and Margret Rey fled their Paris home as the German army advanced. They began their harrowing journey on bicycles, pedaling to Southern France with children’s book manuscripts among their few possessions.