Sherrod Brown, Ohio’s senior U.S. senator, has dedicated his life in public service to fighting for what he calls “the dignity of work”—the belief that hard work should pay off for everyone. He resides in Cleveland with his wife, Connie Schultz, a Pulitzer Prize-winning columnist and author. They are blessed with a growing family, including three daughters, a son, and seven grandchildren. 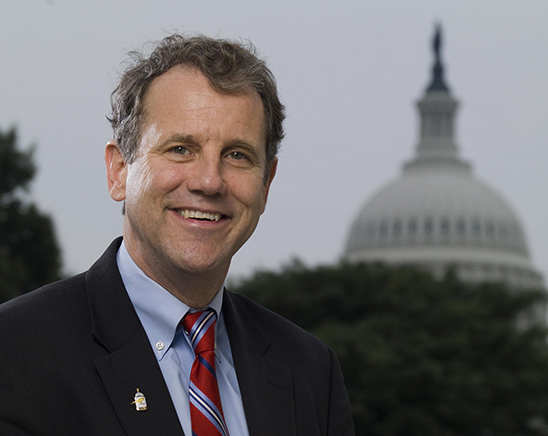 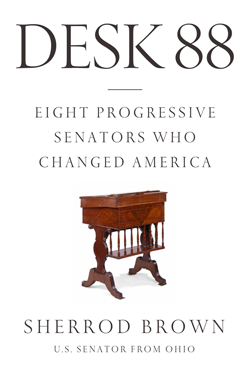 In Desk 88, Ohio Senator Sherrod Brown tells the story of eight of the Senators who were there before him.

Despite their flaws and frequent setbacks, each made a decisive contribution to the creation of a more just America. They range from Hugo Black, who helped to lift millions of American workers out of poverty, to Robert F. Kennedy, whose eyes were opened by an undernourished Mississippi child and who then spent the rest of his life afflicting the comfortable. Brown revives forgotten figures such as Idaho’s Glen Taylor, a singing cowboy who taught himself economics and stood up to segregationists, and offers new insights into George McGovern, who fought to feed the poor around the world even amid personal and political calamities. He also writes about Herbert Lehman of New York, Al Gore Sr. of Tennessee, Theodore Francis Green of Rhode Island, and William Proxmire of Wisconsin.

Together, these eight portraits in political courage tell a story about the triumphs and failures of the Progressive idea over the past century: in the 1930s and 1960s, and more intermittently since, politicians and the public have successfully fought against entrenched special interests and advanced the cause of economic or racial fairness. Today, these advances are in peril as employers shed their responsibilities to employees and communities, and a U.S. president gives cover to bigotry. But the Progressive idea is not dead.

Recalling his own career, Brown dramatizes the hard work and high ideals required to renew the social contract and create a new era in which Americans of all backgrounds can know the “Dignity of Work.”