Thomas Crowl is a retired veterinarian, nonfiction author and historian. He lives in Georgetown, Kentucky

Thomas Crowl speaks on the topic of his book. Audience: Adult. 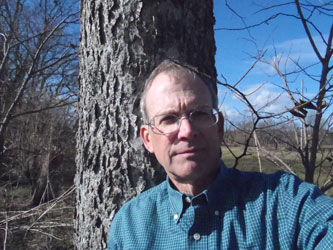 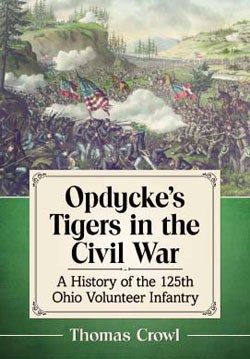 OPDYCKE’S TIGERS IN THE CIVIL WAR: A HISTORY OF THE 125TH OHIO VOLUNTEER INFANTRY (2019): Organized in the fall of 1862, the 125th Ohio Volunteer Infantry was commanded by the aggressive and ambitious Colonel Emerson Opdycke, a citizen-soldier with no military experience who rose to brevet major general.

Part of the Army of the Cumberland, the 125th first saw combat at Chickamauga. Charging into Dyer’s cornfield to blunt a rebel breakthrough, the Buckeyes pressed forward and, despite heavy casualties, drove the enemy back, buying time for the fractured Union army to rally. Impressed by the heroic charge of an untested regiment, Union General Thomas Wood labeled them “Opdycke’s Tigers.”

After losing a third of their men at Chickamauga, the 125th fought engagements across Tennessee and Georgia during 1864, and took part in the decisive battles at Franklin and Nashville.

Drawing on both primary sources and recent scholarship, this is the first full-length history of the regiment in more than 120 years.