Mark Dawidziak has been the television critic at the Cleveland Plain Dealer since 1999 and is co-founder of the Largely Literary Theater Company. He has been portraying Mark Twain on stage for more than 35 years.

Mark Dawidziak is a performer and interpretor of Mark Twain, Edgar Allan Poe, and Charles Dickens. Please visit this link for more about Mark Dawidziak’s performances with the Largely Literary Theater Company. 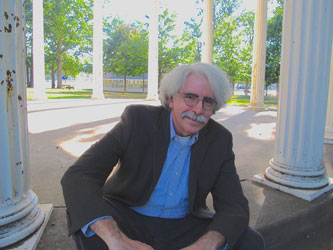 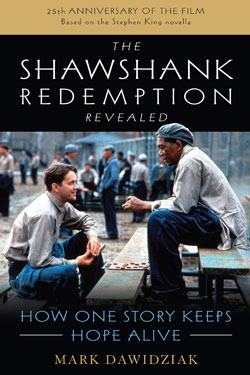 THE SHAWSHANK REDEMPTION REVEALED: HOW ONE STORY KEEPS HOPE ALIVE (2019): A 25th anniversary history and celebration of The Shawshank Redemption, one of the most cherished American films of the late twentieth century and one of the finest movies made from a Stephen King story. The movie not only boasts a great story, it has a great backstory, starting with the dollar deal that eventually led King and co-stars Tim Robbins and Morgan Freeman to put their trust in a largely untested director making his first feature film. Although the film received mostly positive reviews on its release in September 1994, the box office was disappointing and it failed to win many awards. But as Andy tells Red in the film, “no good thing ever dies.” The movie found new life, reaching an ever-growing audience on cable and home video (through word of mouth, it became one of the top-rented movies of 1995). Each year, The Shawshank Redemption rises in polls asking film fans to name their favorite movies. It has become nothing less than this generation’s The Grapes of Wrath, an inspiring story about keeping hope alive in bleak times and under the most horrendous conditions. 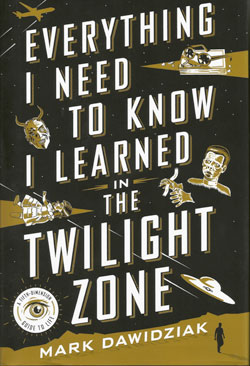 EVERYTHING I NEED TO KNOW I LEARNED IN THE TWILIGHT ZONE (2017): Can you live your life by what The Twilight Zone has to teach you? Yes, and maybe you should. The proof is in this lighthearted collection of life lessons, ground rules, inspirational thoughts, and stirring reminders found in Rod Serling’s timeless fantasy series. Written by veteran TV critic Mark Dawidziak, this unauthorized tribute is a celebration of the classic anthology show, but also, on another level, a kind of fifth-dimension self-help book, with each lesson supported by the morality tales told by Serling and his writers. 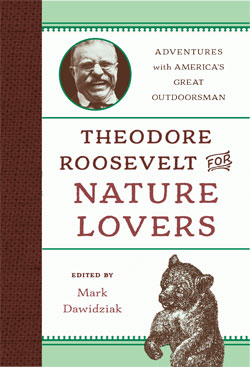 THEODORE ROOSEVELT FOR NATURE LOVERS (2017): In addition to being a politician, frontiersman, and rancher, Roosevelt was an enthusiastic hunter who fought passionately for conservation. He played a significant role in setting aside land for the national parks. He participated in expeditions to benefit the New York Museum of Natural History and the Smithsonian, and while in the White House, his children enjoyed the company of a menagerie of ponies, cats, dogs, lizards, rabbits, a macaw, snakes, and guinea pigs.” Theodore Roosevelt for Nature Lovers” is a collection of delightful anecdotes—including the famous story about the “Teddy” bear—that reveal the Bull Moose’s ongoing fascination with the natural world. 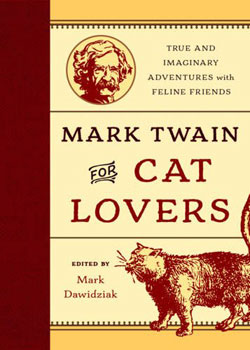 MARK TWAIN FOR CAT LOVERS (2016): America is cat crazy, and Mark Twain may have been the American writer most crazy about cats. From his boyhood in Hannibal, Missouri, to his last years in Connecticut, Mark Twain spent much of his life surrounded by cats, and they stalk through many of his best-known books. In this lighthearted book, Twain scholar Mark Dawidziak explores the writer’s lifelong devotion to cats through stories, excerpts, quotes, photos, and illustrations, illuminating a little-known side of this famous writer’s life that will appeal to Twain aficionados and cat lovers alike.