Giffels is a professor of English at the University of Akron, where he teaches creative nonfiction in the Northeast Ohio Master of Fine Arts Program. 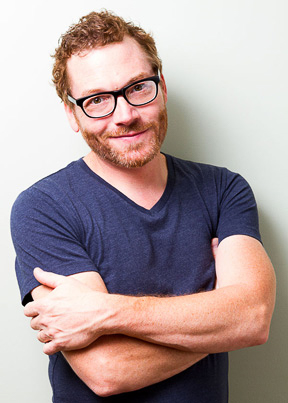 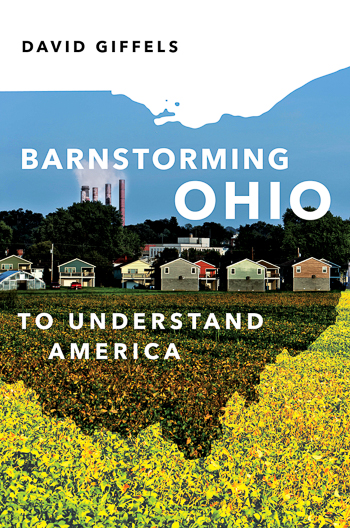 The question of America’s identity has rarely been more urgent than now, and no American place has ever been more reflective of that identity than Ohio. David Giffels, a lifelong resident of the “bellwether” state, has spent a quarter century writing and thinking about what it means to live in what he calls “an all-American buffet, an uncannily complete everyplace.” With Cleveland as the end of the North, Cincinnati as the beginning of the South, Youngstown as the end of the East, and Hicksville (yes, Hicksville) as the beginning of the Midwest, Ohio offers important insight into the state of the nation.
As a historic 2020 presidential election approaches, Barnstorming Ohio is Giffels’ account of a year on Ohio’s roads, visiting people and places that offer valuable reflections of the national questions and concerns, as well as astounding electoral clairvoyance — since 1896, Ohio has accurately chosen the winner in twenty-nine of thirty-one presidential elections, more than any other state.
With lyricism and a native’s keen eye, Barnstorming Ohio takes readers into the living room of a man whose life was upended just shy of retirement by General Motors’ shutdown of its Lordstown assembly plant. It offers an exclusive view into the presidential campaign of Ohio Democratic hopeful Tim Ryan. It takes us into the sodden soybean fields of farmers struggling to outlast the dual punch of a protracted trade war and historic rainfall, and to an indie rock music festival in Dayton a week after a mass shooting there. We enter the otherworld of long-dormant shopping malls as Amazon transforms them into vast new fulfillment centers. On the lighter side, Giffels makes a “beer run” into Ohio’s booming craft brewing industry and revisits the legend (and the bird-nest toupee) of Jim Traficant, a larger-than-life Ohio politician whom many have called the “proto-Trump.”
In a year when Americans are seeking answers, Barnstorming Ohio offers rare and carefully nuanced access to the people who have always held them.