Margaret Peterson Haddix grew up on a farm near Washington Court House, Ohio. She graduated from Miami University with degrees in English/journalism, English/creative writing, and history. Before her first book was published, she worked as a newspaper copy editor in Fort Wayne, Indiana; a newspaper reporter in Indianapolis; and a community college instructor and freelance writer in Danville, Illinois. She has since written more than 40 books for kids and teens. She currently lives in Columbus. 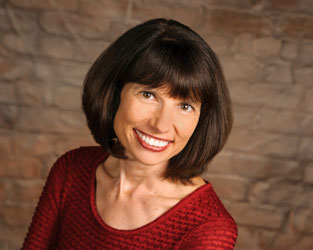 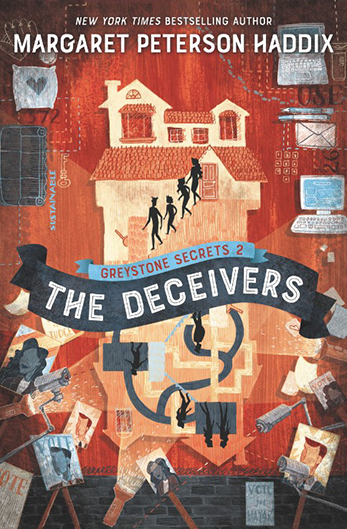 Until their mother vanished, the Greystone kids—Chess, Emma, and Finn—knew nothing about the other world.

Everything is different there. It’s a mirror image, except things are wrong. Evil. Their mother tried to fix it, but she and an ally got trapped there along with Ms. Morales, their friend Natalie’s mom.

To do so, they have to go back: into the other world, where even telling the truth can be illegal.

But in such a terrifying place, Chess doubts he can ever be brave enough. Despite all her brains, Emma can’t seem to break the code. With everything spiraling out of control, Finn has to pretend he’s okay.

And for Natalie, the lies of the other world include some she wishes were actually true. What if she’s gotten so used to lying she no longer knows what to believe?

The second book in the Greystone Secrets series, The Deceivers, by bestselling author Margaret Peterson Haddix, continues the twisty and suspenseful story of the Greystone kids and examines the power of the truth—or a lie—to alter lives, society, and even an entire reality. 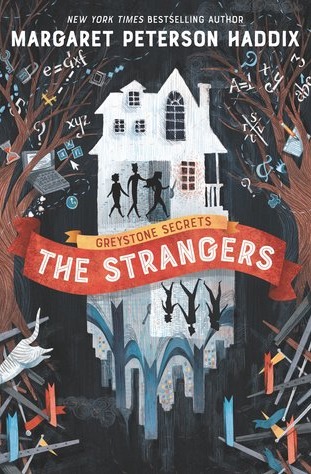 The Greystone kids thought they knew. Chess has always been the protector over his younger siblings, Emma loves math, and Finn does what Finn does best—acting silly and being adored. They’ve been a happy family, just the three of them and their mom.

But everything changes when reports of three kidnapped children reach the Greystone kids, and they’re shocked by the startling similarities between themselves and these complete strangers. The other kids share their same first and middle names. They’re the same ages. They even have identical birthdays. Who, exactly, are these strangers?

Before Chess, Emma, and Finn can question their mom about it, she takes off on a sudden work trip and leaves them in the care of Ms. Morales and her daughter, Natalie. But puzzling clues left behind lead to complex codes, hidden rooms, and a dangerous secret that will turn their world upside down. (Ages 10-14) 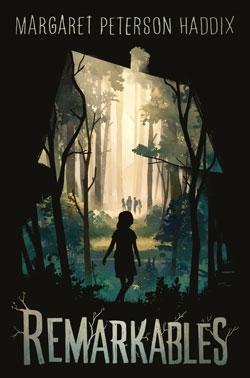 One minute they’re there: laughing and having fun at the house next door. The next minute, the teens are gone. Like magic. Marin can’t believe her eyes. Who are they? Can anyone else see them? What makes them so happy?

Marin is lonely in this new town of hers and eager to figure out more. Then she meets Charley, who reveals that he knows about them, too.

He calls them the “Remarkables.” Charley warns her to stay away from the Remarkables—and him. Charley and Marin both have painful secrets they’re holding on to, but could solving the mystery of the Remarkables help them both?

In addition to building an intriguing world filled with mystery, Haddix also grounds the story with real issues that many children face. Characters deal with the complexities of bullying, the guilt children experience when parents have addiction issues, and the uplifting power found in strong families of all shapes and sizes. (Ages 10-14) 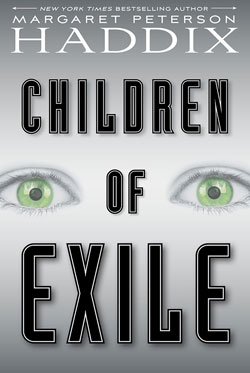 For her entire twelve years, Rosi and the other children of her town have been raised by kindly adults known as Freds because, they are told, their hometown isn’t “safe.” Now, suddenly, they are all being sent home to their original parents, but they don’t know why. How much will Rosi have to risk to find out the truth? (Ages 13-17)