Bob Hunter worked at the Columbus Dispatch for 41 years, the last 23 as sports columnist, before retiring in September 2016. He has won numerous writing awards and was named best sports columnist in Ohio by the Associated Press in 2008 and 2012. He has served on the board of trustees of the Columbus Historical Society since 2011 and currently serves as first vice-president. He is a native of Hamilton, Ohio, and is an Ohio University graduate.

Author and journalist Bob Hunter discusses the Columbus of James Thurber and other topics of his books. Audience: Adult. 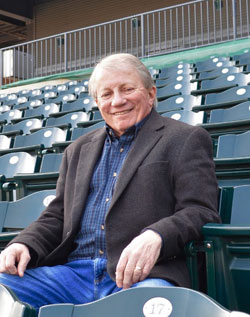 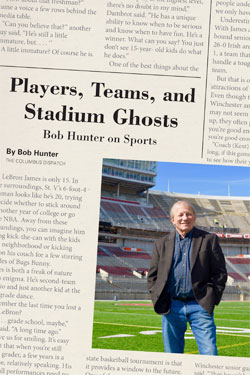 PLAYERS, TEAMS, AND STADIUM GHOSTS: BOB HUNTER ON SPORTS (2019): Retired Columbus Dispatch sports columnist Bob Hunter chose 136 of his best stories and columns from over 40 years at the newspaper for inclusion in this volume. Many of the biggest stories and most important figures in Ohio sports are covered here, as are many lesser ones which made for good, and sometimes funny, stories. Hunter’s interest in sports history is also on display in numerous columns about important figures and events in the state’s past. 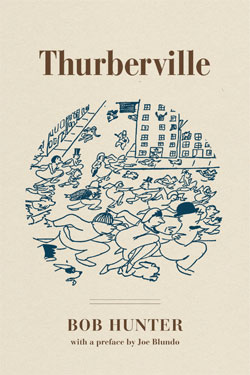 THURBERVILLE (2017): James Thurber’s Columbus was a Columbus he both knew and created, a place perched on the fringe of reality and the fringe of his imagination. That place is revisited in Thurberville, a book where the author separates truth from fiction and identifies what parts of the famous humorist’s hometown of 180,000 exist in the burgeoning metro area of more than two million today.

Thurber’s Columbus was a wild and crazy place, a city full of fascinating and sometimes peculiar characters, many in his own family. Thurberville chronicles those characters and explores that world. But it also examines the real city where Thurber struggled and then blossomed as a college student, worked as a newspaper reporter and a press agent, and achieved international fame as a humorist and cartoonist after he left town, in part by writing about the subjects he left behind.

Much of Thurber’s best work was cultivated by experiences he had in Columbus and in his dealings with family, friends, teachers, and acquaintances there. They are worth a revisit and, in some cases, an introduction.