JOHN KASICH finished his second term as Governor of Ohio in January 2019. He sought the 2016 Republican nomination for President and became the last candidate standing in opposition to presumptive nominee Donald Trump. From 1983 to 2001, he served nine terms in the United States House of Representatives, representing Ohio’s 12th congressional district. Beyond politics, he has had a successful career as an investment banker, as a commentator and host of “Heartland with John Kasich” on the Fox News Channel, as author of four New York Times bestselling books, and now as a senior political commentator on CNN. Born in McKees Rocks, Pennsylvania, he lives with his wife and twin teenage daughters in Westerville, Ohio. 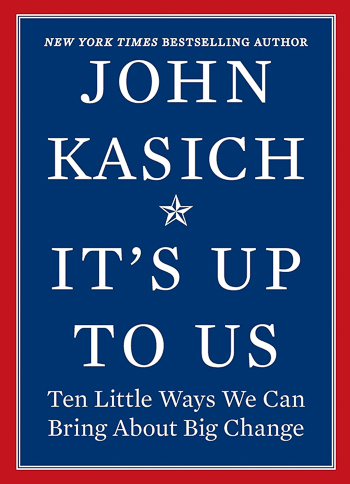 Kasich shares with readers the ten guiding principles that have informed his public life for over three decades, offering his observations on how to bring about meaningful change, both from a political point of view and from the perspective of individuals.