William G. Krejci was born in Cleveland, Ohio, and raised in the neighboring suburb of Avon Lake. With an interest in local history, he spends much of his time debunking urban legends of northern Ohio and works as a seasonal park ranger at Perry’s Victory and International Peace Memorial at Put-in-Bay, Ohio.

During the off season, he resides in Cleveland as the resident historian at the Franklin Castle. He’s appeared as a guest on the SyFy Channel’s original series Ghost Hunters and has been featured on many local television and radio programs. In his free time, he sings and plays guitar in an Irish band.

William Krejci gives video slideshow presentations on the topics of his books. Audience: Teen or Adult. 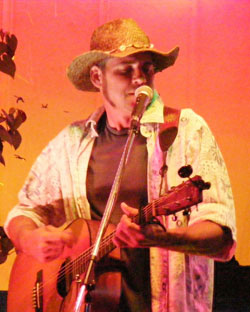 GHOSTS AND LEGENDS OF NORTHERN OHIO (2019): Hauntings and eerie tales abound in northern Ohio. Does Esther Hale, believed to have been executed for witchcraft, really haunt Columbiana County’s Bowman Cemetery? Is Lonesome Lock on the Ohio and Erie Canal as haunted as rumors say? Do restless spirits stalk the rooms at the Wolf Creek Tavern in Norton and the Rider’s Inn of Painesville? Do the ruins of Gore Orphanage echo with the ghastly wails of children said to have died in a fire long ago? Author William G. Krejci guides this supernatural journey through the most chilling legends of northern Ohio. Some stories are debunked. Some long-standing mysteries are solved. Some new mysteries come to light. 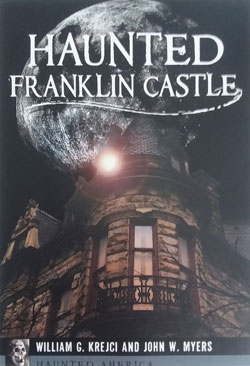 HAUNTED FRANKLIN CASTLE (2017): For more than half a century, the Franklin Castle’s dark facade has lured curiosity seekers from around the world. Behind its iron gates, this Victorian-era structure harbors rumors of everything from insanity to mass murder. Disembodied voices echo from empty rooms, doors open and close of their own accord and cold spots drift about the manse. Witnesses swear to sightings of a woman in black and a young girl in white, believed to be the ghostly apparitions of the wife and daughter of the original owner, Hannes Tiedemann.