Kristen Lepionka is the author of the Roxane Weary private investigator mystery series. She grew up mostly in a public library and could often be found in the adult mystery section well before she was out of middle school. Her writing has been selected for Shotgun Honey, McSweeney’s Internet Tendency, Grift, and Black Elephant. She lives in Columbus, Ohio, with her partner and two cats. 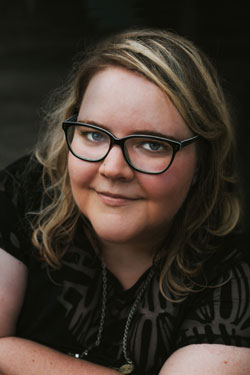 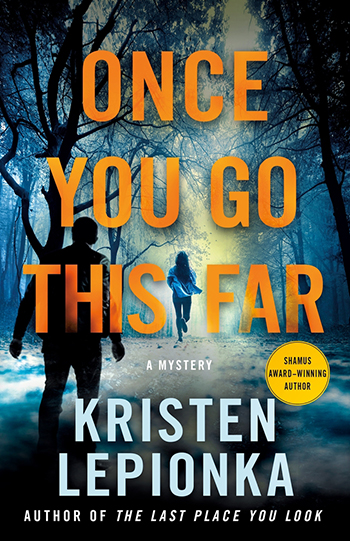 Junior-high school nurse Rebecca Newsome was an experienced hiker—until she plummeted to her death at the bottom of a ravine in a Columbus metro park. Her daughter, Maggie, doesn’t believe it was an accident, and Rebecca’s ex-husband is her prime suspect. But he’s a well-connected ex-cop and Maggie is certain that’s the reason no one will listen to her. PI Roxane Weary quickly uncovers that the dead woman’s ex is definitely a jerk, but is he a murderer?

As she pieces together the days before Rebecca died, what Roxane finds doesn’t quite add up. From a series of trips to Detroit and across the border to a casino in Windsor, Canada, to strange calls from Rebecca’s home to a charismatic political candidate, to a women’s health organization, to a secretive church group that seems to have more information about its members than it should, Roxane needs to figure out how everything is connected before a dangerous secret gets someone else killed.

The thrilling follow up to The Last Place You Look, starring troubled and determined private investigator, Roxane Weary.

Marin Strasser has a secret. Her fiancé thinks her secret is that she’s having an affair, and he hires P.I. Roxane Weary to prove it. Then, just days into the case, Marin is shot to death on a side street in an apparent mugging. But soon enough the police begin to focus on Roxane’s client for Marin’s death, so she starts to dig deeper into Marin’s life—discovering that the elegant woman she’s been following has a past and a half, including two previous marriages, an adult son fresh out of prison, and a criminal record of her own. The trail leads to a crew of con artists, an ugly real estate scam that defrauds unsuspecting elderly homeowners out of their property, and the suspicious accident of a wealthy older woman who lives just down the street from where Marin was killed.

With Roxane’s client facing a murder indictment, the scammers hit close to home to force Roxane to drop the case, and it becomes clear that the stakes are as high as the secrets run deep.