Helga Long has worn many hats: first as a stay-at-home mom to her three children, then as a fitness instructor, followed by teaching high school German before turning author. She lives in rural Danville, Ohio, and is enjoying her retirement. 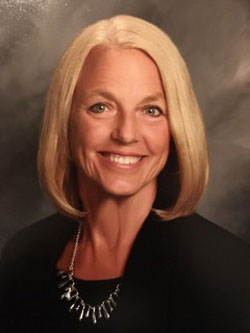 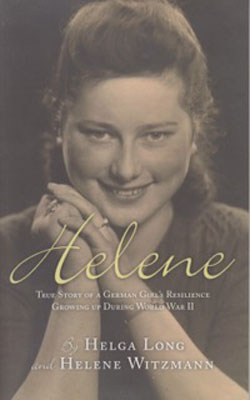 HELENE: TRUE STORY OF A GERMAN GIRL’S RESILIENCE GROWING UP DURING WORLD WAR II (2017): Imagine living in a time when planes overhead meant something far more terrifying than travel. Picture yourself on a train, cowering in fear as bombs explode around you. Imagine the sound of glass shattering and screams permeating smoke-filled air as you wait for the end you know is coming. From food rations to air raids, Helene paints a tale of what life was like for German citizens during World War II.

Based on recordings from Helene Witzmann translated by her daughter, Helga Long, this book offers a unique perspective on history detailing World War II from a German point of view.

Helene Murmann Witzmann was born in 1925 in the German village of Schmöltz and died in 2014 in the American village of Waverly, Ohio. The story of her life and journey is told by her daughter, Helga Long, who, in 1995, took the time to sit down with her mother and asked her to recount her life history. That story filled twenty tapes, which sat in a shoebox for fifteen years until Helga began the slow and difficult process of turning her words into the narrative that became this book.

Although not strictly a diary account of Helene’s life, it reads very much as if it were. And what may strike the reader is that in many ways, the life of a young woman growing up before and during the Second World War is filled with incidents and experiences that are common to all of us.

As her story unfolds, the effects of the war become more and more center stage. An underlying frightening element is that the rise of Hitler and National Socialism happened slowly, almost invisibly, and without any significant pushback. Long before the onset of hostilities in Europe, Hitler’s propaganda machine had persuaded many that Germany needed to expand in order to provide more living space (Lebensraum) and that the Polish people had been persecuting and mistreating Germans living in Poland. So when the invasion of Poland in 1939 started the Second World War, Helene said that, “the overall attitude of the German people was that they didn’t care” and “we…did not pay much attention to politics.”

Once the fighting began, most Germans felt that it would all be over within months and life would go on as before. But that was not to be and Helene finds herself and her family having to adapt to a new life filled with bombings, privations, and moving from place to place.

At the end of the war, people were struggling to put their lives back together. The country was split into four pieces administered by the French, British, Americans, and Russians, and Germans who found themselves living under the latter tried to move to the other controlled areas. For some, the ultimate solution was to leave altogether. In 1948, Helene discovered she had relatives in the US and wrote to Kathryn Fisher of Bucyrus, Ohio. The correspondence continued regularly and in 1950, Helene expressed her desire to move herself and her family to America. It took almost two years to go through the process of getting permission to emigrate and on October 28th, 1952, Helene and her family stepped off the boat in New York to begin their new lives in America.

Helene’s story is ultimately a human one. It’s about people and relationships regardless of the times. It’s also about how ordinary folk managed to cope with the terrible things going on around them over which they ultimately had little control. And how did they do that? “We laughed with friends, pooled our money to buy some good red wine, and listened to and danced to our favorite music. The simplest acts of kindness like the sharing of chocolate pudding were appreciated and enjoyed. Otherwise, we would not have been able to sleep or would have gone crazy.”