Roger Pickenpaugh was a teacher at Shenandoah Middle School in Sarahsville, Ohio, for thirty years before retiring. His books have focused mainly on outstanding Ohio weather events and the Civil War, and in recent years he has devoted a great amount of study to the topic of Civil War prisons.

Roger Pickenpaugh speaks on the topics of his books. He speaks frequently to Civil War Round Tables and historical and genealogical societies. Topics include Civil War prisons and the Carpathia, the ship that rescued the survivors of the Titanic. 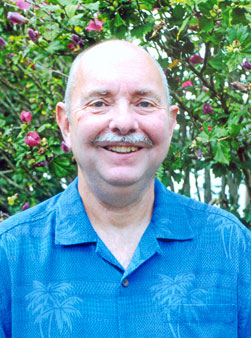 The National Road was the first major improved highway in the United States built by the federal government. Built between 1811 and 1837, this 620-mile road connected the Potomac and Ohio Rivers and was the main avenue to the West. Roger Pickenpaugh’s comprehensive account is based on detailed archival research into documents that few scholars have examined, including sources from the National Archives, and details the promotion, construction, and use of this crucially important thoroughfare.

America’s First Interstate looks at the road from the perspective of westward expansion, stagecoach travel, freight hauling, livestock herding, and politics of construction as the project goes through changing presidential administrations. Pickenpaugh also describes how states assumed control of the road once the US government chose to abandon it, including the charging of tolls. His data-mining approach―revealing technical details, contracting procedures, lawsuits, charges and countercharges, local accounts of travel, and services along the road―provides a wealth of information for scholars to more critically consider the cultural and historical context of the Road’s construction and use.

While most of America’s First Interstate covers the early days during the era of stagecoach and wagon traffic, the story continues to the decline of the road as railroads became prominent, its rebirth as US Route 40 during the automobile age, and its status in the present day. 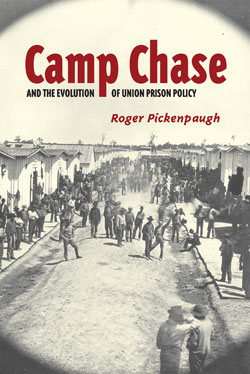 CAMP CHASE AND THE EVOLUTION OF UNION PRISON POLICY (2018 reprint)

Camp Chase, located four miles west of Columbus, Ohio, started, as did so many other prisons, as a training camp for eager Union recruits. By late 1861 it was also housing Confederate prisoners. It was also used as quarters for Union soldiers who had been taken prisoner by the Confederacy and released on parole or exchanged. During the four years of the war, Camp Chase developed as a prison camp, reflecting the efforts of both civilian and military officials to fashion a coherent prison policy.

Camp Chase and the Evolution of Union Prison Policy is a careful, thorough, and objective examination of the history and administration of the camp and is of true significance in the literature on the Civil War.

Ohio history enthusiasts and Civil War students will welcome the reissue of Roger Pickenpaugh’s 2007 Camp Chase and the Evolution of Union Prison Policy in a softcover edition. Pickenpaugh is an expert on Civil War prisons, having written books on both Union and Confederate prisons and a specialty volume about the Johnson’s Island prison for Confederate officers in Lake Erie near Sandusky.

When Ohio Governor William Dennison issued the call in April 1861 for volunteer recruits to fight for the Union, the overwhelming response resulted in Columbus being flooded with recruits with no place to be housed. Officials quickly improvised a training camp near downtown, and when that proved inadequate, acquired the 100-acre site four miles west of Columbus that became Camp Chase.

The volunteer soldiers received hasty training there and were dispatched to fight. After the fall of Ft. Donelson in Tennessee in February 1862, a large influx of Confederate prisoners began and the population of Camp Chase ranged from 1,100 to nearly 10,000 at the end of the war.

Pickenpaugh states that prisoners at Camp Chase were considered by some to be “relatively lucky” in comparison to prisoners at other prisons.

However, the low, flat site with poor drainage led to poor sanitation, food was often insufficient and of poor quality, and the quality of medical care was inconsistent. Pickenpaugh writes of prisoner exchanges, escape attempts, and efforts to improve the conditions made by a succession of commanding officers. While the records kept were often sketchy, the author includes accounts of individual prisoners when they exist.

Ironically, deaths at Camp Chase peaked in February of 1865, when the war was almost over.

All that remains of the site of Camp Chase today is the Confederate Cemetery on Sullivant Avenue where markers identify about 2,260 Confederates who rest there. Information on visiting the cemetery can be found at Tripadvisor.com/Camp Chase and at Ohiohistorycentral.org. 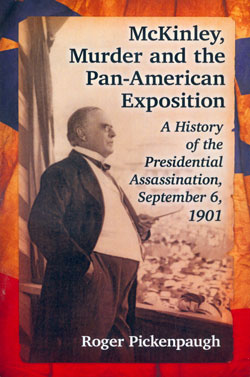 MCKINLEY, MURDER, AND THE PAN-AMERICAN EXPOSITION: A HISTORY OF THE PRESIDENTIAL ASSASSINATION (2017)

On September 6, 1901, President William McKinley held a public reception at the Pan-American Exposition in Buffalo, New York. In the receiving line, holding a gun concealed by a handkerchief, was Leon Czolgosz, a young man with anarchist leanings. When he reached McKinley, Czolgosz fired two shots, one of which would prove fatal. The backdrop of the assassination was among the largest of many world’s fairs held in the late 19th and early 20th centuries. The Exposition celebrated American progress, highlighting the new technology electricity. Over 100,000 light bulbs outlined the Exposition’s building–on display inside were the latest inventions utilizing the new power source. This new treatment of the McKinley assassination is the first to focus on the compelling story of the Exposition.