I’ve written Mrs. Sherlock Holmes (St. Martin’s, 2017), Super Boys (St. Martin’s, 2013), and American Mastodon (Black Lawrence Press, 2011). I made a movie, Last Son, that won a 2010 Silver Ace Award at the Las Vegas Film Festival. I’ve also written for The Beat, Belt, Book Riot, Narratively, History Extra, and the official Star Wars website (you know it). I’ve been in documentaries on the History Channel, AMC, and have been a guest on Criminal, All Things Considered, BBC radio, and Innovation Hub, among others. I was born in a suburb of Cleveland and teach sometimes at Case Western Reserve University, where I earned a Ph.D. in English. I live in Shaker Heights (still Cleveland) with Caroline and our three boys, in a 100-year-old house.

I am not a journalist or a historian really or maybe even a biographer. I am a writer who wants to tell unconventional stories that haven’t been told before ― usually about people who are somewhat invisible and imperfect ― in sometimes unconventional ways that explore that moment between someone’s actual life and the telling of it. Those are the stories I like, where the real meets the imaginary.

Olive the Lionheart is the newest story of that type that I have been very privileged to tell. Olive is, like this book, not what she first seems. Or more importantly, she is not what others make her out to be. She is, like all of us, so much more. She may not be famous, but her story will stay with you. I promise you that. 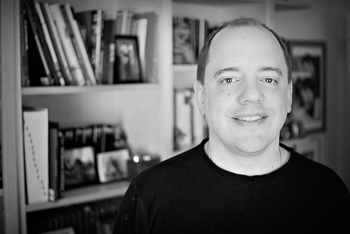 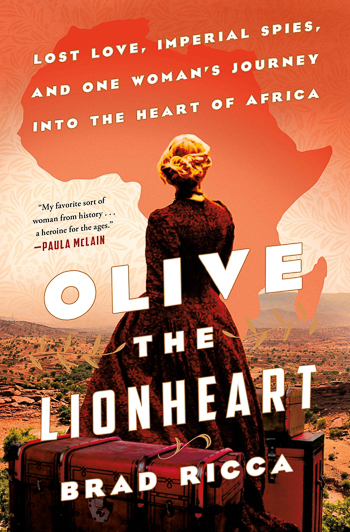 In 1910, Olive MacLeod, a thirty-year-old, redheaded Scottish aristocrat, received word that her fiancé, the famous naturalist Boyd Alexander, was missing in Africa.

So she went to find him.

Olive the Lionheart is the thrilling true story of her astonishing journey. In jungles, swamps, cities, and deserts, Olive and her two companions, the Talbots, come face-to-face with cobras and crocodiles, wise native chiefs, a murderous leopard cult, a haunted forest, and even two adorable lion cubs that she adopts as her own. Making her way in a pair of ill-fitting boots, Olive awakens to the many forces around her, from shadowy colonial powers to an invisible Islamic warlord who may hold the key to Boyd’s disappearance. As these secrets begin to unravel, all of Olive’s assumptions prove wrong and she is forced to confront the darkest, most shocking secret of all: why she really came to Africa in the first place.

Drawing on Olive’s own letters and secret diaries, Olive the Lionheart is a love story that defies all boundaries, set against the backdrop of a beautiful, unconquerable Africa.