Julie Rubini and her husband established Claire’s Day, a children’s book festival in Toledo in honor of their daughter. She is a huge literacy advocate, and enjoys reading to kindergartners weekly.

For younger children (K-3) Julie shares stories about her biographical subjects’ younger years, and offers a glimpse into who she was at their age. For older children (Gr. 4-8) Julie shares her journey as an author and incorporates topics such as nonfiction vs. fiction: telling a story with facts; the process of creating a biography from contract, research, and writing; or other topics important to students. Audience: Youth. Please visit this link for more about Julie Rubini’s speaking 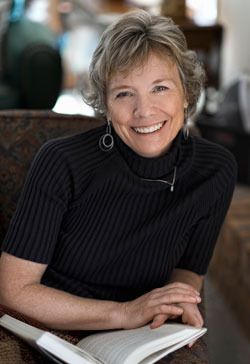 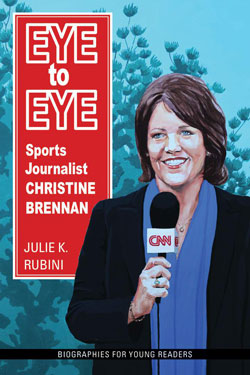 EYE TO EYE: SPORTS JOURNALIST CHRISTINE BRENNAN (2019): Christine Brennan, the USA Today sports columnist, author, and commentator, uses her voice to advocate for diversity and equality in the world of sports, and her wisdom to encourage future journalists. Her passion for sports was sparked by her dad, who encouraged her to participate in athletics and, as he said, “smell the game”—go watch baseball and football games together.

As a child, Christine wrote daily entries in her diary and listened to play-by-play coverage on her radio. She pursued this love of words through journalism school and applied her passion for sports by reporting on them for various newspapers. Since then, she has portrayed the setbacks and triumphs of athletes, all the while fighting her own battles for success—and respect—as a female journalist.

From knocking down barriers in NFL locker rooms to covering every Olympics since 1984 to being the go-to commentator whenever scandal occurs in the sports world, Christine Brennan has done it all. Eye to Eye invites young readers to learn more about this remarkable journalist and perhaps to nurture their own dreams of investigating and telling important stories. (Ages 12+) 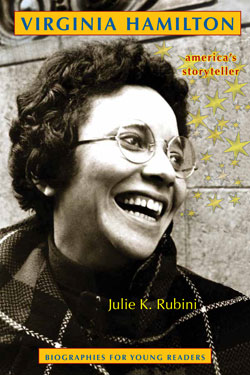 VIRGINIA HAMILTON: AMERICA’S STORYTELLER (2017): In Virginia Hamilton, Julie K. Rubini brings us the biography of one of the most honored authors of children’s literature in the twentieth century. The most expansive biography of Hamilton published for young readers, it was vetted for accuracy by Hamilton’s husband, poet Arnold Adoff.

Long before she wrote The House of Dies Drear, M. C. Higgins, the Great, and many other modern classics, Hamilton grew up among her extended family around Yellow Springs, Ohio. The stories she heard from her family fueled her imagination, and the freedom to roam the farms and woods nearby sharpened her powers of observation and encouraged her creativity. As she grew older, witnessing racial discrimination and the response of the early civil rights movement established in her a lifelong commitment to representing a diversity of experiences in her work.

In all, Virginia wrote forty-one books, which are driven by her focus on “the known, the remembered, and the imagined”—particularly within the lives of African Americans. Hamilton’s middle-grade readership will delight in the mix of historical detail, childhood recollections, photos, and quotes that Rubini draws on to bring Hamilton’s story to life. (Ages 12+)