Julie Thompson is a lifelong native of Northeast Ohio and an historian who completed her history degree at Hiram College, where she graduated with distinction. She has volunteered at the U.S. Holocaust Memorial Museum and worked extensively with the Library of Congress Publishing Office on four of its substantial published works. Julie remains an active member of the Freedom Township Historical Society and has served on the board of trustees for the James A. Garfield Historical Society, where she engaged with Hiram College to develop the society’s first internship program and served as a member of her area’s Inter-Museum Council.

Julie Thompson speaks on the topic of her book. 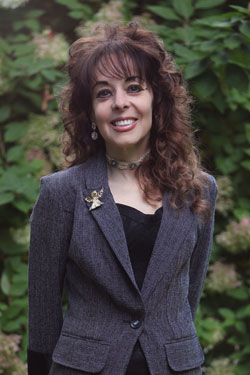 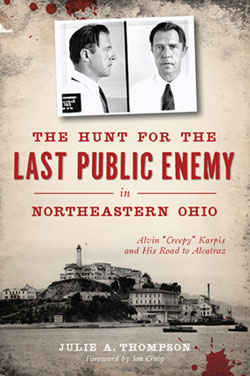 THE HUNT FOR THE LAST PUBLIC ENEMY IN NORTHEASTERN OHIO (2019): The last Public Enemy No. 1 of the Depression era, Alvin “Creepy” Karpis reportedly compiled a record of fifty-four aliases, fifteen bank robberies, fourteen murders, three jailbreaks and two kidnappings. Roaming the country to evade capture (or worse), Karpis regularly hid out in northeastern Ohio, where he and the remnants of the infamous Ma Barker Gang perpetrated the last great American train heist in Garrettsville. His criminal career came to an end when J. Edgar Hoover and his famed G-Men apprehended the man they wanted more than any other in New Orleans. From there, Karpis found himself confined on Alcatraz Island, where he spent nearly 26 years—more than any inmate in the prison’s history.