Lindsay Ward was born and raised in sunny California. She decided to try snow and moved to upstate New York where she received her BFA in Illustration from Syracuse University. Most days Lindsay is sketching and snipping paper in her studio or designing stationery for her company B&B Invitations. She currently lives in Lakewood, just outside of Cleveland, with her family. 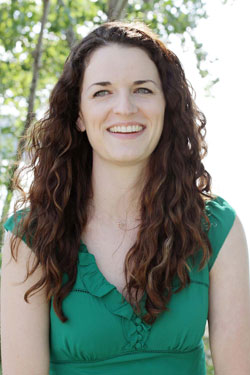 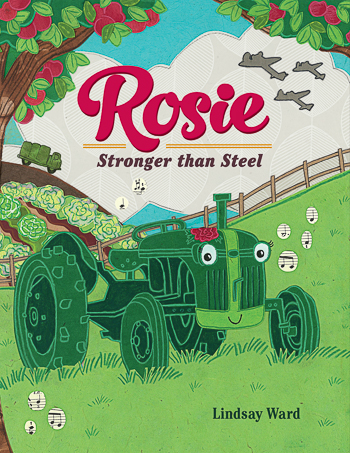 This is our Rosie,
stronger than steel.
She’ll plow all the land
with a turn of her wheel.

Built by women in the United States and sent to England to dig and plow alongside female farmers during World War II, Rosie the tractor does whatever is needed to support the war effort. She works day and night to help grow crops for the troops…even when she has to hide in the fields. This is because she knows, like the women who built her and the women who farm with her, that they all must do their part.

Inspired by the group of American women collectively known as “Rosie the Riveter” and the British Women’s Land Army, this is a story about taking action and coming together for the greater good. 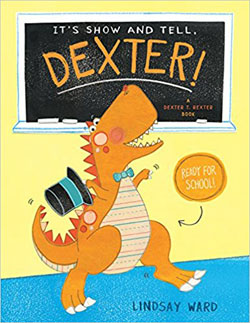 Tomorrow is the biggest event ever in Dexter’s life: his best friend, Jack, is taking him to school for Show and Tell Day! Dexter has been getting ready for weeks. But now he’s a little nervous. What if the other kids don’t like him? So Dexter decides to come up with a plan. He’ll wear a costume. Dinosaurs in bunny ears look good, right? He’ll recite state capitals starting with…uh…ah…er. Then he realizes something. He can’t dance. He can’t recite things. He doesn’t have ANY skills. What’s a dino to do?

This comical, interactive tale of belonging, friendship, anticipation, and first-day-at-school jitters lets readers experience the excitement and nervousness along with Dexter—and even offer him a little advice along the way. (Ages 4-8) 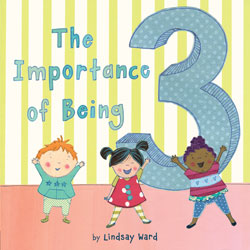 THE IMPORTANCE OF BEING 3 (2016): All the best things come in threes, not one, not two, but three, like the three-year-olds in this sweet picture book. As all parents know, three is a big year. Follow along as three friends learn new things in threes—from tricycles to triangles—take a dip in the pool, and play in the park with their friends! Of course, it’s not all fun and games. There’s a tantrum and then hugs all around as the three kids head to bed.

This adorable picture book celebrating important life events is the perfect gift for third birthdays. Kids will love pointing out all the activities they can do now that they are three years old. (Ages 0-3) 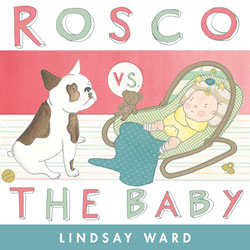 ROSCO VS. THE BABY (2016): In this adorable picture book, the classic rivalry between dog and new baby comes to vivid life as an overwhelmingly cute battle for their attention ensues.

Rosco the family dog is the heavyweight champion of 17 Parkwood Avenue—until a new baby comes home, and it’s on. Rosco vs. the Baby: Round 1.

Rosco does not like the new baby, and he is determined to maintain his place as “alpha” within the household. But Rosco has underestimated his opponent. This baby will not be tamed, will not step aside, unreasonably refuses to stand down and find another home. (Ages 4-8)