About the Buckeye Book Fair

Our mission is to promote Ohio authors and Ohio literacy projects.

Buckeye Authors’ Book Fair Committee Inc. was created as a nonprofit entity in 1987 in Wooster, Ohio. The organization works exclusively with Ohio authors and illustrators to support literacy projects, including an annual book fair, author lectures, and teacher and student workshops. 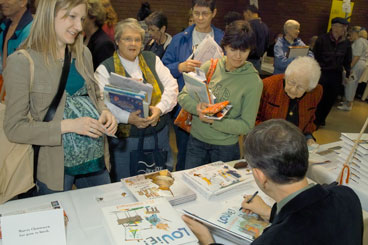 Buckeye Authors’ Book Fair Committee, Inc. is a literary nonprofit based in Wooster that was founded to promote Ohio authors and Ohio literacy projects. Each year, the organization serves thousands of Ohio readers, writers, teachers, students, and families who participate in our author lectures, workshops, and other literary programs. The annual “Buckeye Book Fair” event is one of Ohio’s premier book fairs and has become the organization’s DBA.

Buckeye Book Fair presents a multi-day book festival each year in Wooster during the first week of November. The book fair is a fundraiser for the organization and our literacy awards programs. Since inception, we have given away over $200,000 in books. (See the Literacy Awards page for more information.)

The book festival features over 100 Ohio authors and illustrators and thousands of attendees come from all over Ohio come to mingle, shop for books, and celebrate the joys of reading and writing.

To receive a free copy of our printed brochure, please email your name and address to the Buckeye Book Fair director at buckeyebookfair@gmail.com.

Notable authors who have participated in the Buckeye Book Fair include:

Cassi studied at Ohio State University and works at the OSU Wooster Campus as an Environmental Safety Officer and previously as a research supervisor. Cassi regularly serves on the Appropriations Committee for the Wayne-Holmes United Way.

Jarrod is Executive Director of Ohio Alliance for Arts Education and is a former Arts Management Fellow at the Kennedy Center for the Performing Arts. He serves as a member of the Board of Directors for Ohio Citizens for the Arts and Wayne Center for the Arts. His past positions include Executive and Artistic Director of Tuesday Musical and Managing Director of Wooster Chamber Music Series.

Russell received his B.A. in Pscyhology and Linguistics at University of Lancaster. He is a Language Systems Product Manager at Prentke-Romich Company which provides speech technology services for those with communication disabilities. Russell serves on the editorial board for two scholarly journals in the field of linguistics.

Sean Ulik received his B.A. in English from the University of Akron. He is currently Vice President, Business Banking Officer at Consumers National Bank and serves as a board member for the Lake Erie/Heartland Chapter of the Salvation Army and YMCA Camp Tippecanoe.

Steve Badman received his B.A. in English from Wilkes College and served as the Buckeye Book Fair’s director from 2001-2004. He is currently Vice President and Marketing Director at Consumers National Bank and is a past board member for the Crisis Intervention and Recovery Center in Canton.

Laurie received her B.A. in Communication Studies and Theater at University of Mount Union. She is a past board member for the Wayne County Performing Arts Council, County Line Historical Society, and Bright Life Players.

Julia is the Buckeye Book Fair’s Executive Director and Program Director. Julia received her bachelor’s degree in Anthropology from York University in Toronto. Prior to leading the Buckeye Book Fair, Julia was store manager for The Wooster Book Company bookstore for nearly a decade. Julia currently serves on planning committees for several nonprofits in Wooster. 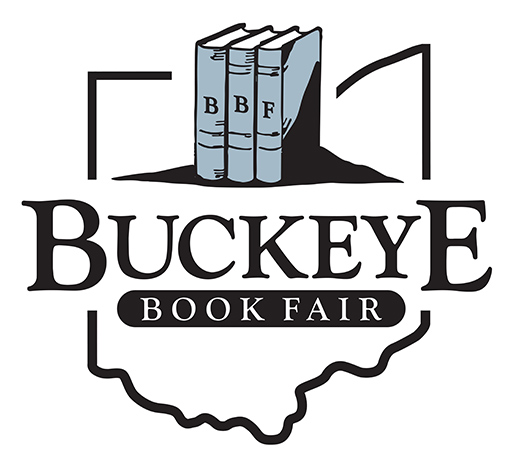