Craig Sanders is the author of eight books focusing on railroad history. He is a frequent contributor of feature articles to Trains magazine and is president of the Akron Railroad Club. He is the webmaster of the ARRC website, which presents news, features and photographs about railroad and public transportation operations in Ohio and surrounding states. Sanders has been a journalist and taught journalism, public relations and mass communications for more than 30 years. He worked as a reporter and copy editor at daily newspapers in Mattoon, Illinois; Bloomington, Indiana; Evansville, Indiana; and Indianapolis.

Craig Sanders’ programs are about railroad history and are tailored to the geographic region or city where he speaks. 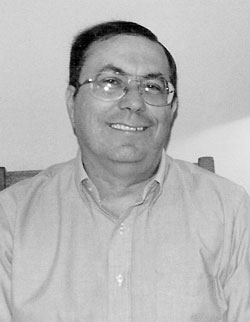 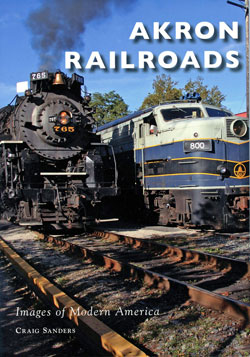 AKRON RAILROADS (2017): In the six decades preceding 1960, Akron’s network of seven railroads had been relatively stable. Then a series of mergers that began that year changed the face of the city’s railroad network. By the early 1970s, the industrial base—particularly the rubber industry—that had sustained the region’s economy was in decline and the fortunes of the railroad industry fell with it. The self-described “rubber capital of the world” was hit hard and the production of tires for the automotive industry all but disappeared. The 1960s also saw a precipitous decline in rail passenger service with the last passenger trains discontinued in 1971. A restructuring of the railroad industry that began in the middle 1970s left the Akron region with three railroad companies. Some railroad lines were abandoned while others saw the scope of their operations changed or reduced. Today’s rail network in Akron may be slimmer, but the railroads are financially healthy and continue to play a major role in meeting the region’s transportation needs.